Home
Graphics
Illustration for a Poster 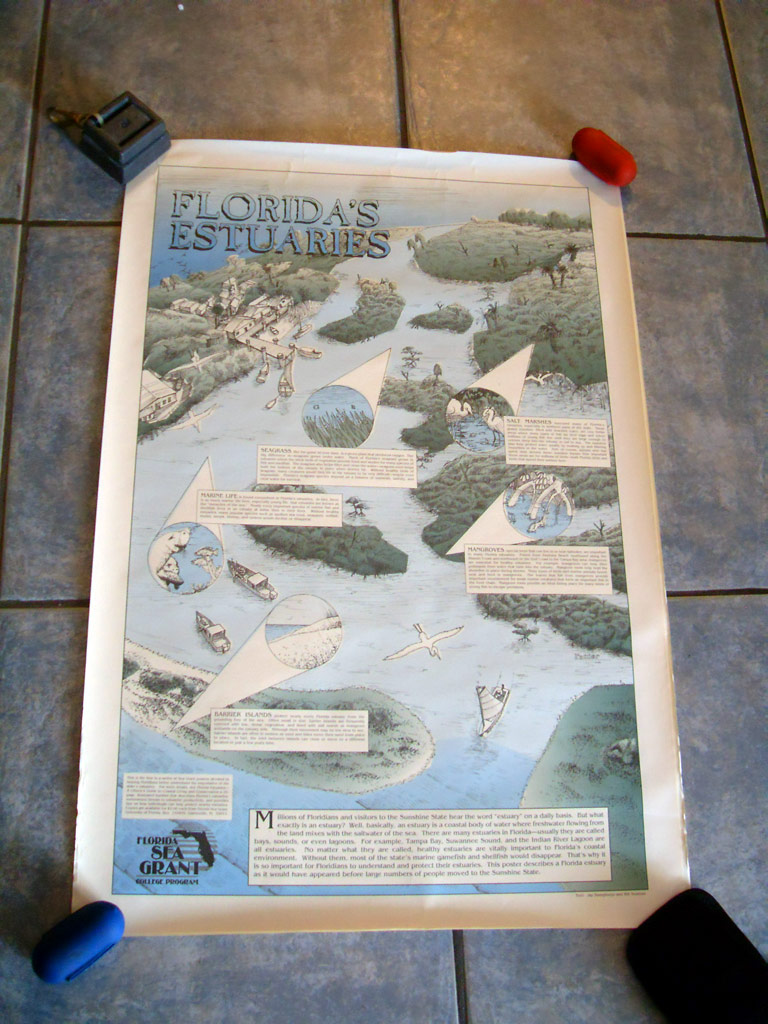 I was recently cleaning up around the studio and came across a tube of these old posters I illustrated back in 1995 for Florida Sea Grant. I drew the illustration with pen and ink, had it commercially scanned, and then introduced spot color using QuarkXpress. I would have killed to have a computer as fast as I have now and a copy of CS4 or 5, but things were more limited back then. Windows 95 came out in August of '95, so although I don't recall, I may have done this in DOS based programs. I did have a new Packard Bell PC with the new Pentium 100MHz CPU, and I think 8MB RAM and a 1GB hard drive. I was still using DX4-100s at the office I worked at at the time. The work was stored on Magneto-Optical Drives since writable CDs and DVDs were not yet available.

The poster was intended to educate the public about the fragile ecosystems known as Estuarine Tidal Marsh. An estuary is where a freshwater outlet meets the saltwater of the sea. These environments serve as fish breeding grounds, important ecological habitat, and a natural defense against storm surge. Sadly, they are all too frequently destroyed for development since this doesn't fit the stereotype of Florida living new residents expect. If you want to learn more about estuaries Florida Sea Grant has some good links. I am proud to have helped Florida Sea Grant, and I hope this poster reached some folks and made an impression on them.

In retrospect I guess there was some foreshadowing of the map work I am doing now in this old project, but I would not have guessed at the time. It was hard to imagine access to the software and processor speeds we have now. Anyhow...I hope you enjoy it.