Anatomical Illustration For A Product 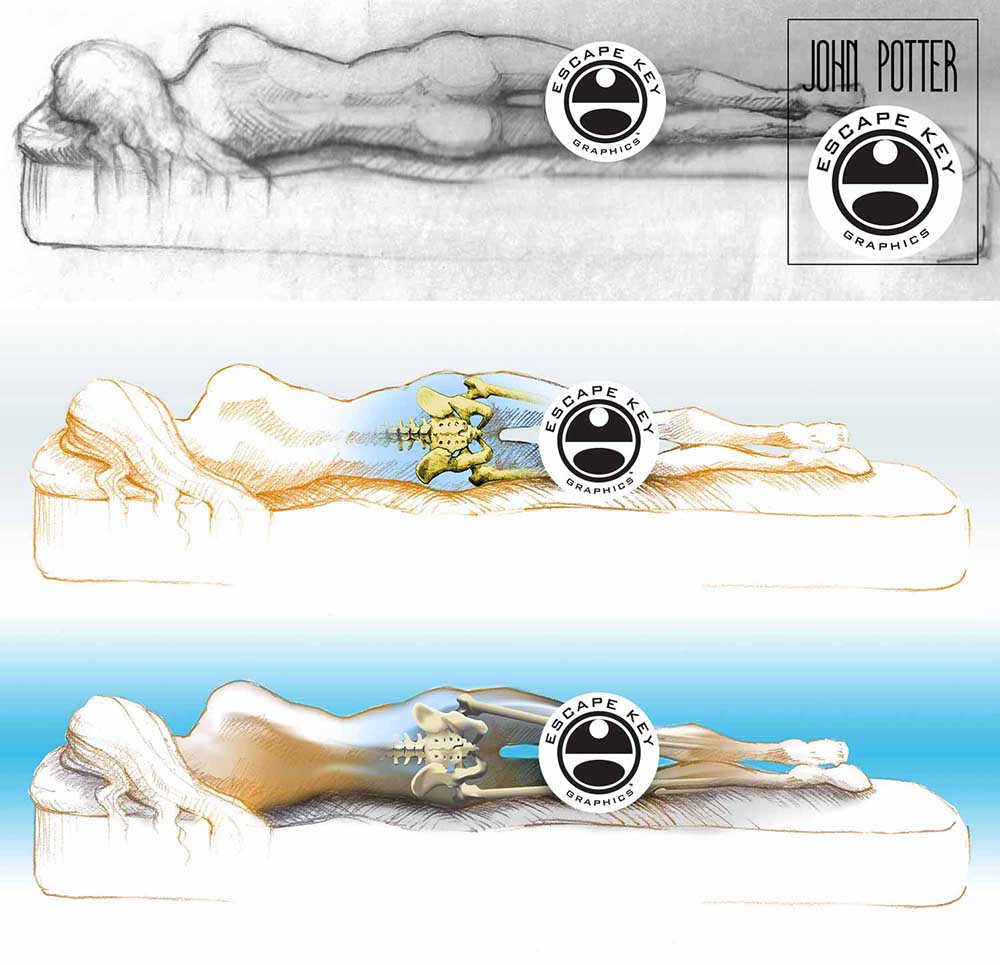 This illustration is to show how use of a product can lead to proper spinal alignment. A photograph was provided as a guideline for proportions of the figure which are exaggerated. My initial vision for this project was something very classical and kind of Leonardo da Vinci looking. When the client saw this approach they immediately said it looked to analogue and it was clear they wanted a more computer generated look. My initial reaction was to try to make a hybrid that accomplished both goals, but as revisions came in I slowly converted the illustration to an almost entirely digital image. I used many of the same techniques I learned and developed illustrating bandages for ASO Corporation a while ago. The final file was a Photoshop file for easy color adjustments, but most of the actual digital illustration was vector based in Adobe Illustrator. By using Vector Masks and Smart Objects in Photoshop the illustration could be enlarged within Photoshop without loosing resolution on most layers.