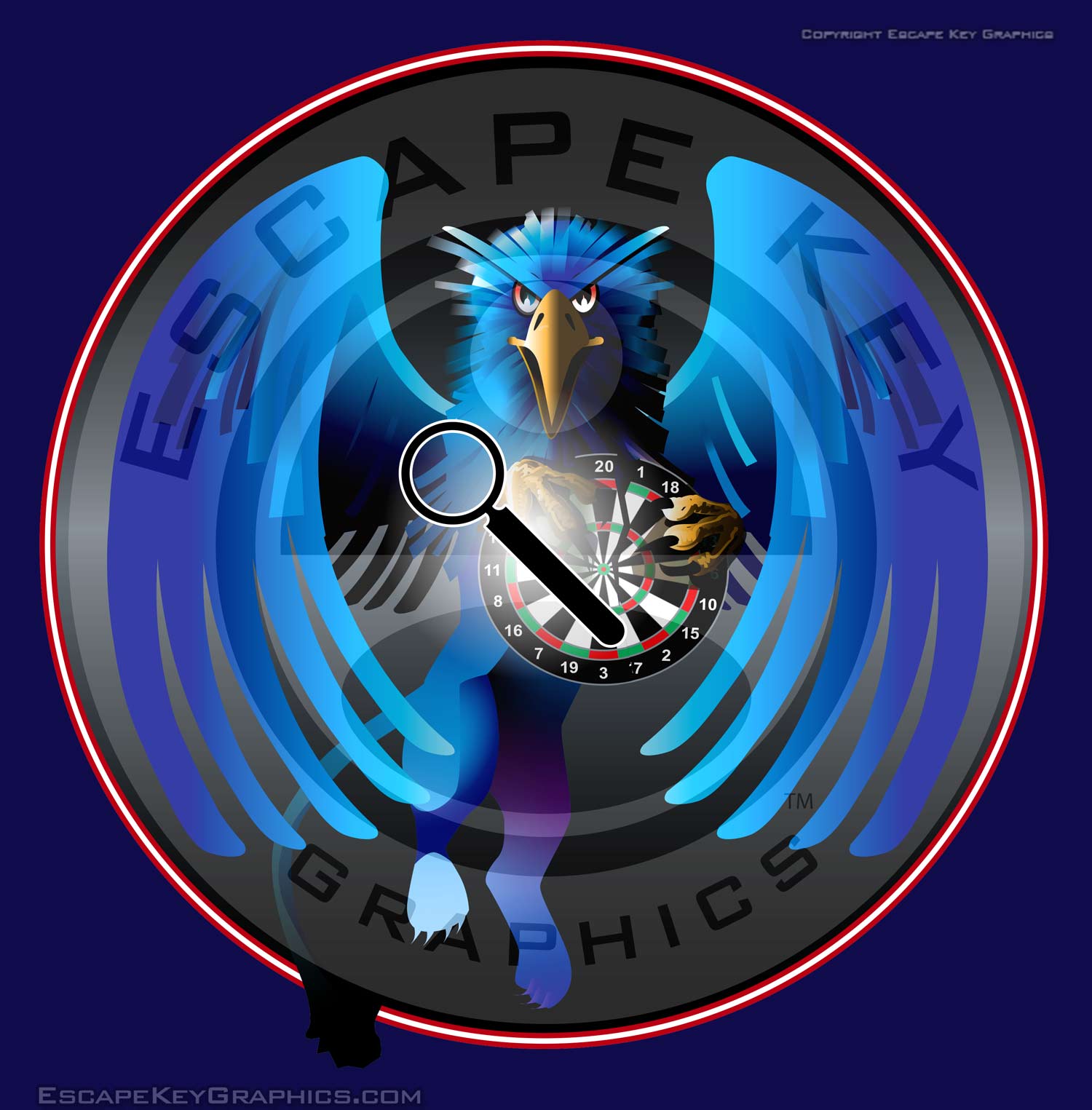 This is a test project for a freelance client. I normally don't do test projects, but this one sounded like it would make a nice portfolio piece even if the prospect didn't become a client so I went for it. There were clear guidelines and the concept was provided. Even after you say you want a gryphon looking straight at you and crushing a dart board it still leaves lot's of room for interpretation, so it wasn't confining.