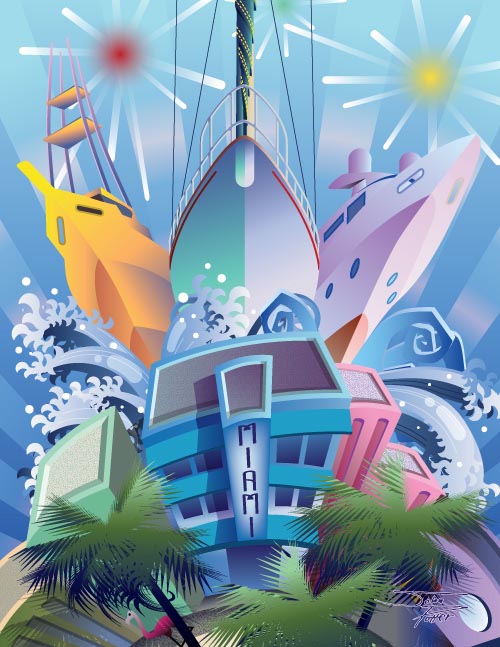 Miami Illustration - This is a boat show program cover concept I developed on speculation. The original concept was intended to reflect Miami's latin culture through inclusion of a character reminiscent of Carmen Miranda, the great entertained from Brazil. I showed a full portrait in the initial sketch, but opted to just show the girl's eyes in the proposed final. I felt that the full portrait might detract from the boats, which were the most important element, and that the eyes alone were more sexy and alluring. I let the illustration sit for a while, but later returned and modified it to create a version without the girl. 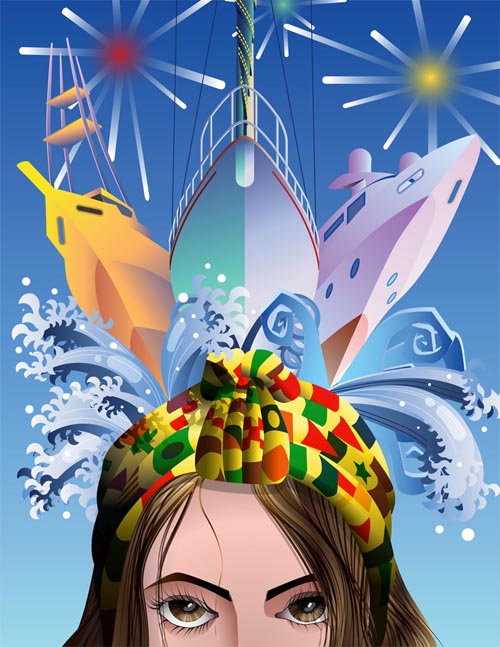 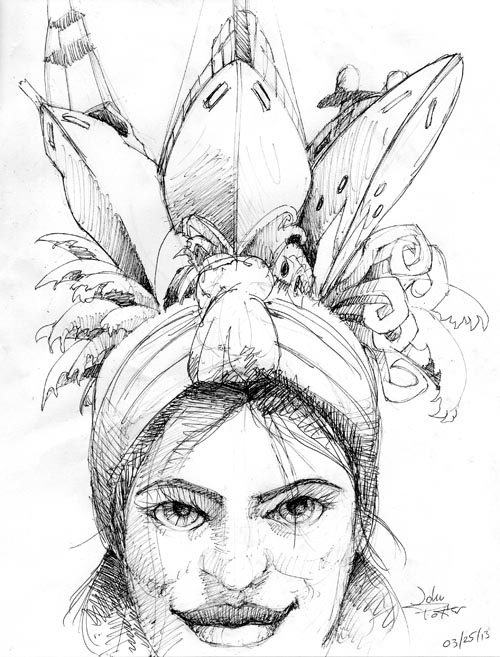