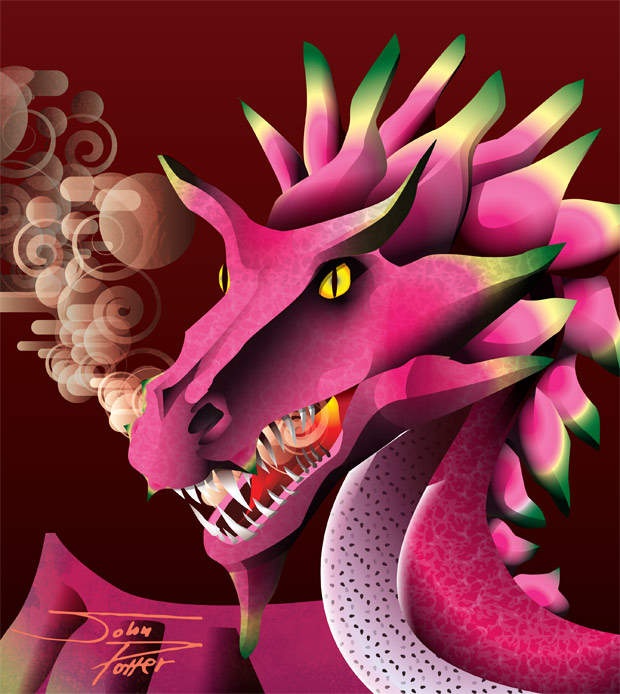 Dragon Illustration - I want to show this recent illustration. The dragon evokes the look and feel of Dragon Fruit. It was a contest submission, but it did not win.
Rights to this illustration are not available, but contact me if you are interested in having me create a similar illustration.

Here is the initial sketch... 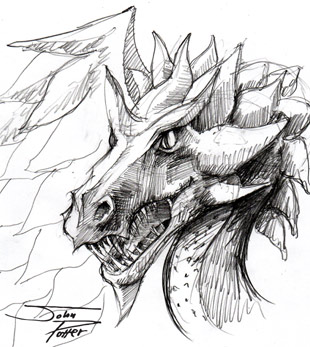 This illustration was originally a pencil sketch as you can see. I scanned the sketch and traced it for basic proportions in Illustrator. I find working this way with a layer that is a solid starting point very helpful. Illustrator is a fine program, but it can be difficult to maintain the spark and spontaneity of hand drawing into it. Having that hand drawn layer below helps me.

As you can see I originally had a more complex wing in the background but as I worked I found it detracting from the face of the dragon. I used a real dragon fruit for reference but punched up the color some. The dragons belly looks kind of like the inside of a dragon fruit once you cut it open.

For a previous project I created something I would consider similar. It was a portrait of a snake that was also an electrical cord. Both of these are caricatures and both anthropomorphize a relatively mundane item. I don't know why, but that really appeals to me.