This specific box is at the intersection of Pines Boulevard and University Drive on the southwest corner. This concept was provided by the city's Assistant Director of Cultural Arts, Holly Bonkowski. She wanted to promote the many youth sports that take place in the immediate vicinity. 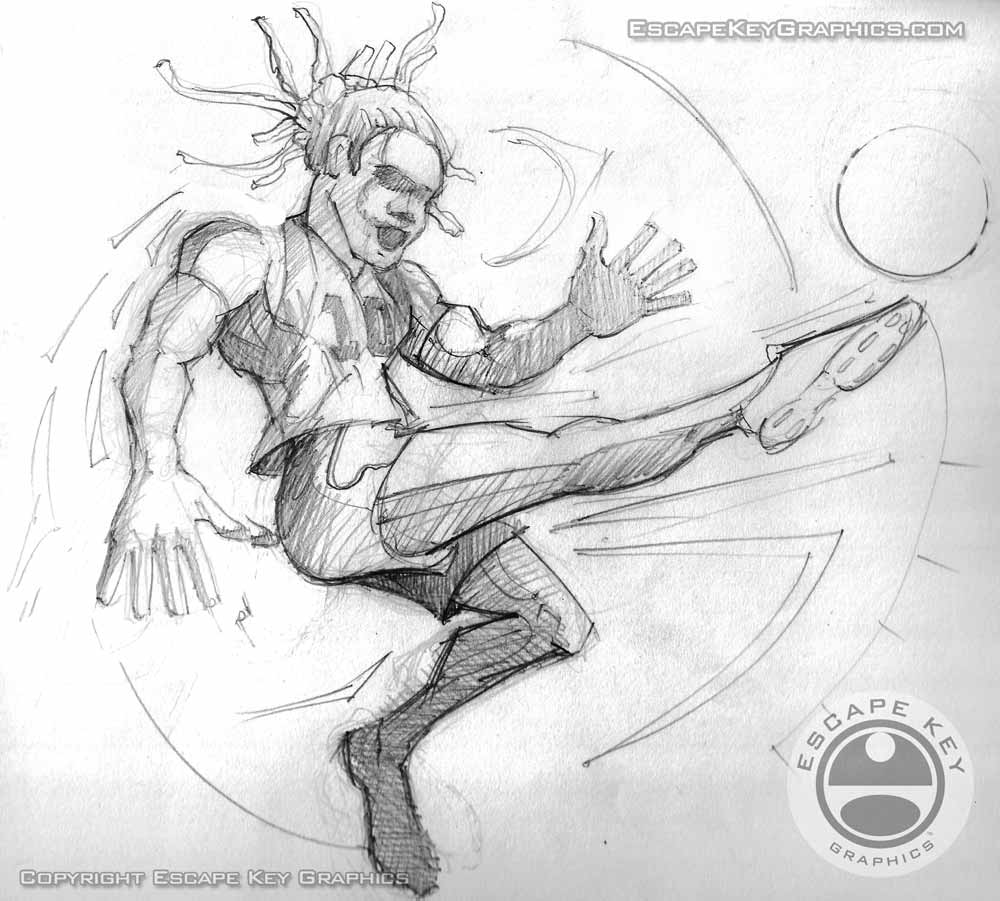 First I submitted a sketch which was well received. This illustration was more a group of illustrations combined than the previous two I had done. It was also more of a process type of situation with humble beginnings. I knew it was going to work, but it didn't really come together until the last few steps. Prior to that it didn't look like much. 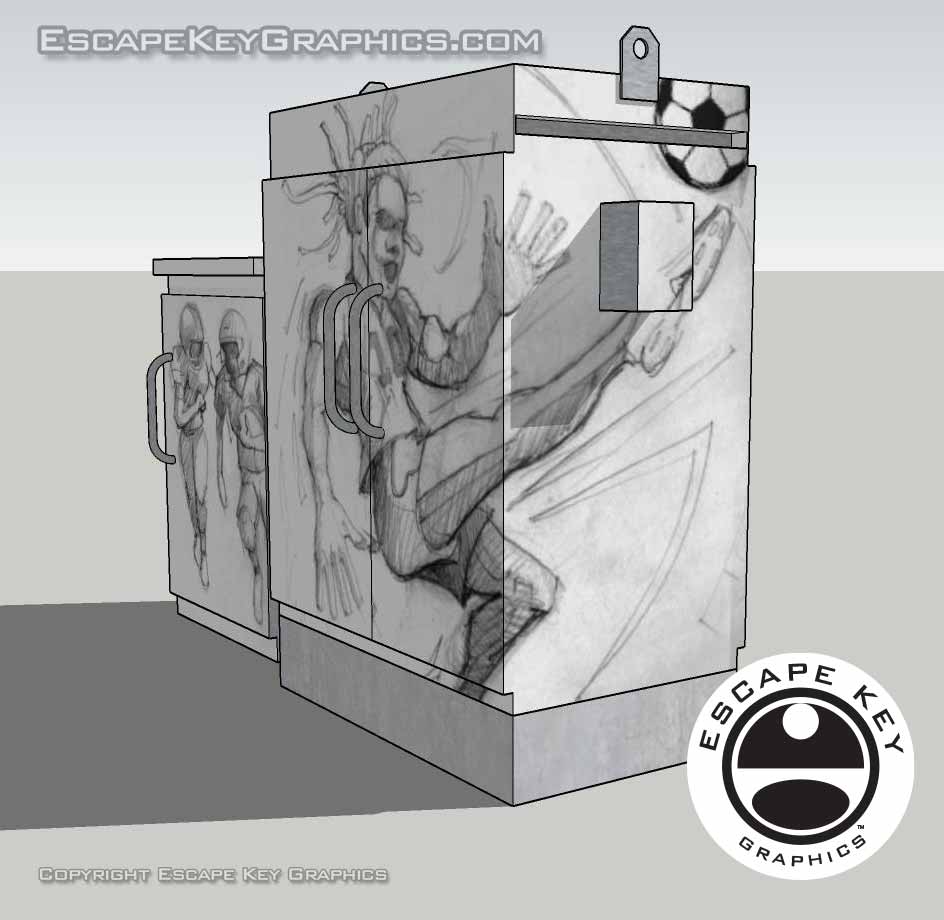 I went on site and measured the box. I created both a flat, scale, projection drawing of the box and created a 3D model in Sketchup. The model allowed me to see how the sketch would really fit wrapped around the box and the flattened projection was necessary to create final art that wraps seamlessly around the box. In this situation I only wrapped a continuous image around three sides of the boxes and made the fourth side an independent image that doesn't necessarily have to line up with anything else. I also made the smaller box more independent with only a small amount of vital image from the larger box showing on the smaller box.

I collaborated closely with the vinyl printer and installer (Color Reflections) to ensure that my vision made it on to this utility box.

Be sure to look for this artwork at the intersection of Pines Boulevard and University Drive on the southwest corner. It's right by the Wendys.