Public art - illustration of a playground 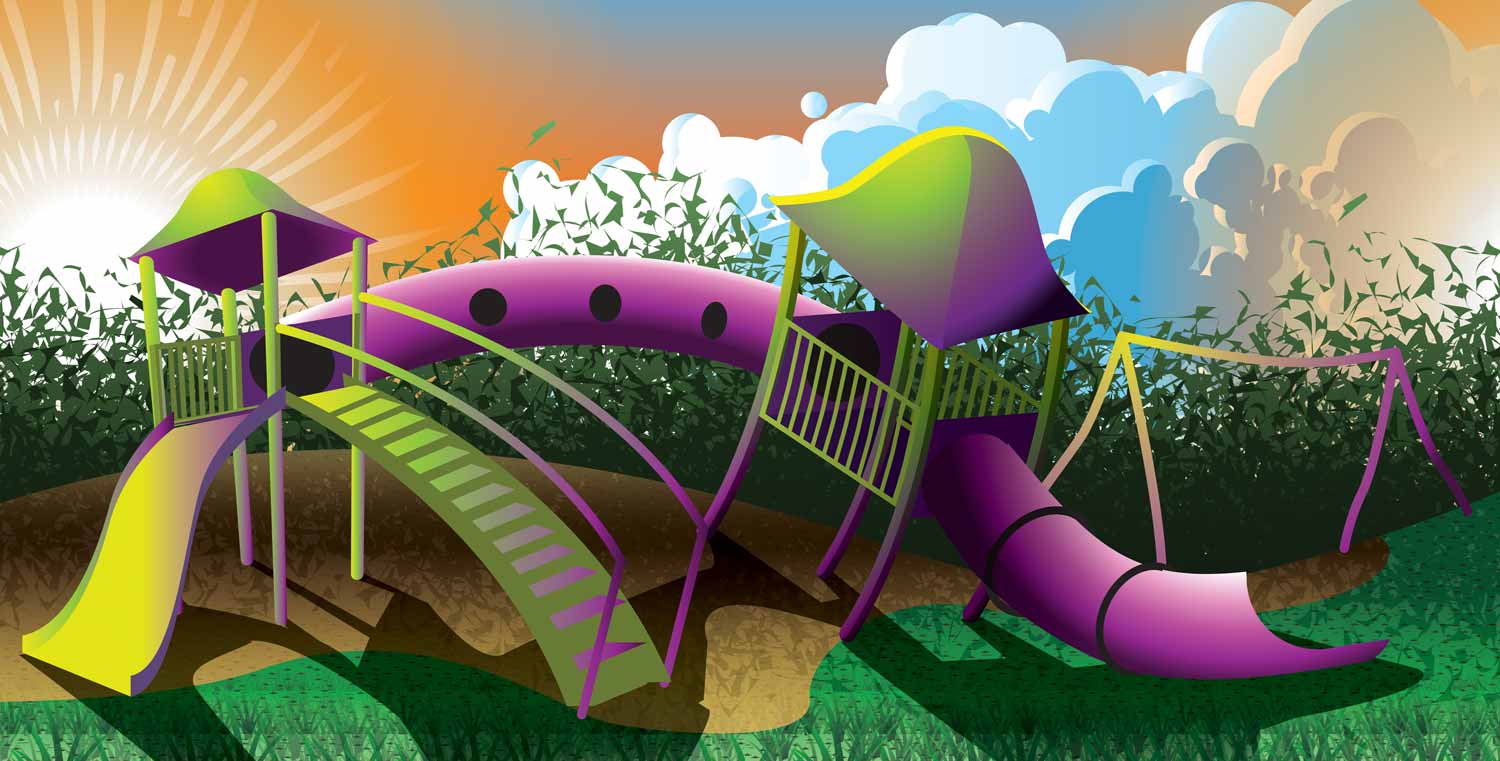 This specific box is at the intersection of Pembroke Road and North University Drive on the northwest corner. This concept was provided by the city's Assistant Director of Cultural Arts, Holly Bonkowski, generously gave me lots of creative freedom. She does like my vector based style so that was a given.