Album cover illustration art by John Potter for the album Harmonic Motion by The Brainstorm Trust. The illustration has a dreamy feel to it and shows the entrance to a fanciful theme park. The illustrations for both front and back were created using Adobe Illustrator. The front cover was sketched out by hand as a first step of development. I had established a list of things to include or potentially include in the illustration and I had the idea of this distorted low position perspective that I really wanted to use. Those were the building blocks of the illustration. I also designed the font used for the band name (Brainstorm Trust). 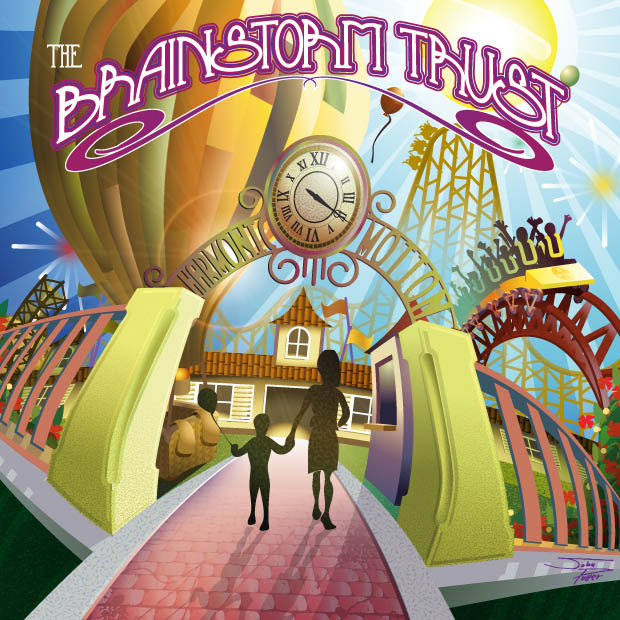 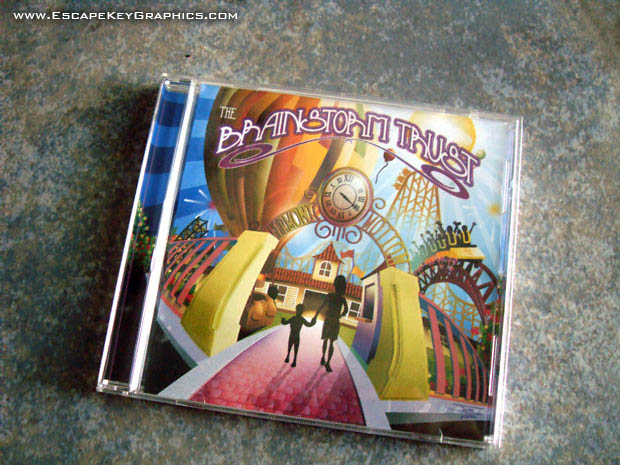 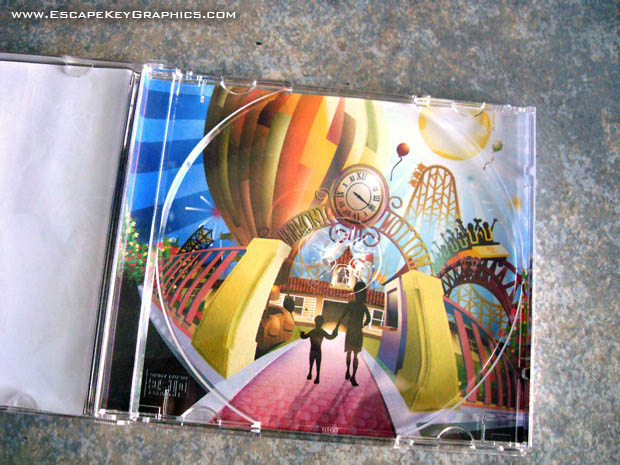 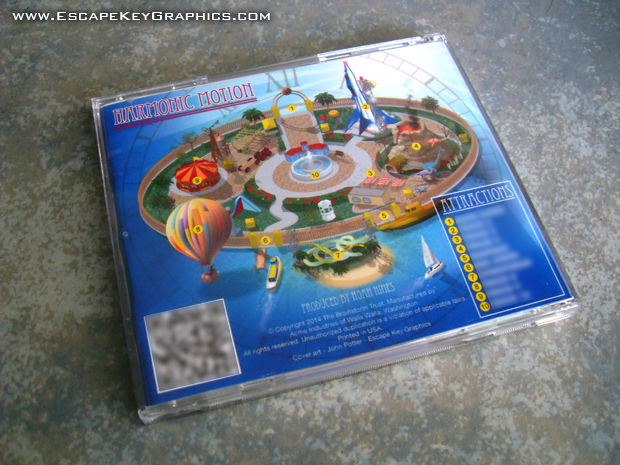 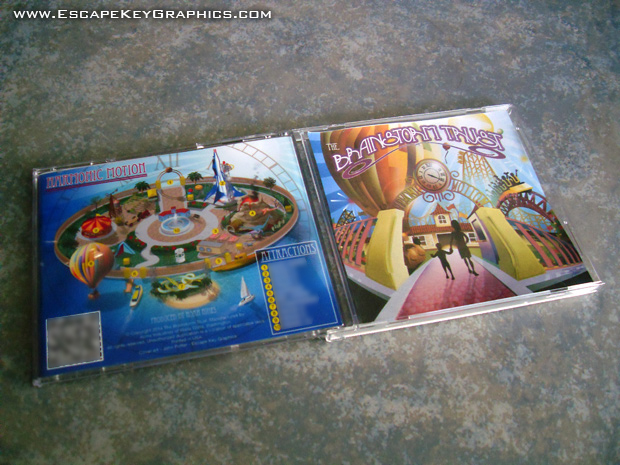