In addition to the primary 2013 Fort Lauderdale International Boat Show map, the map for the app, the transit map, Sails Marina map, Hilton Marina map, two convention center maps and six tent detail maps which I showed in my previous post, I have done some additional work in relation to the upcoming boat show.

Show Management requested I create two vertical "You Are Here" type maps showing the whole boat show looking north and south as well as nine tent maps similar to the tent detail spreads in the boat show program. All of these tent maps include a small inset map showing where the tent is in relation to the whole show. Some of the lists of exhibitors were too long to put on the same side as the map and will be displayed on the reverse side of the signage. 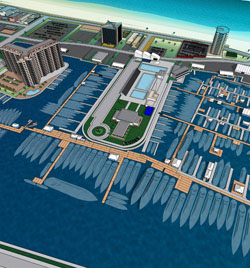 Also of interest... I created a detail map for one of the exhibitors at the show. 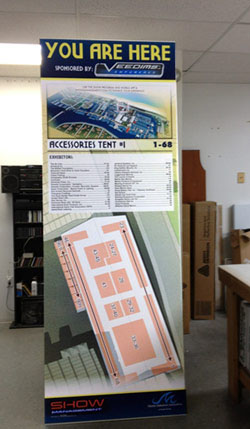 Printed sign at "Signs In A Flash"
courtesy of Pam Nobel 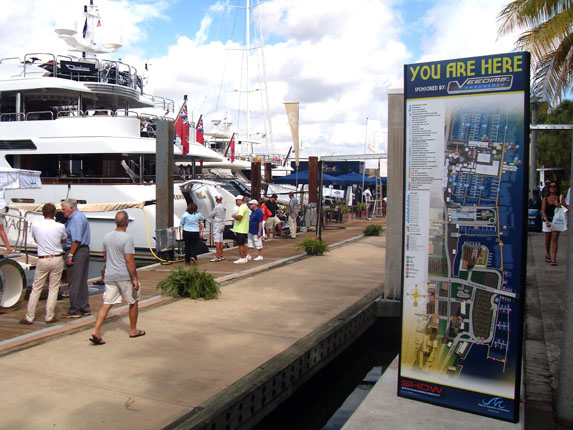 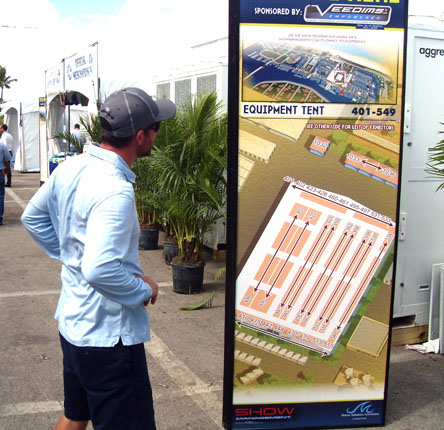 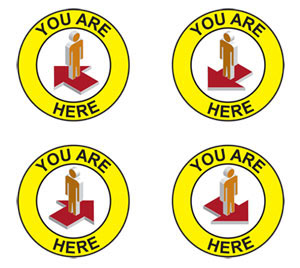