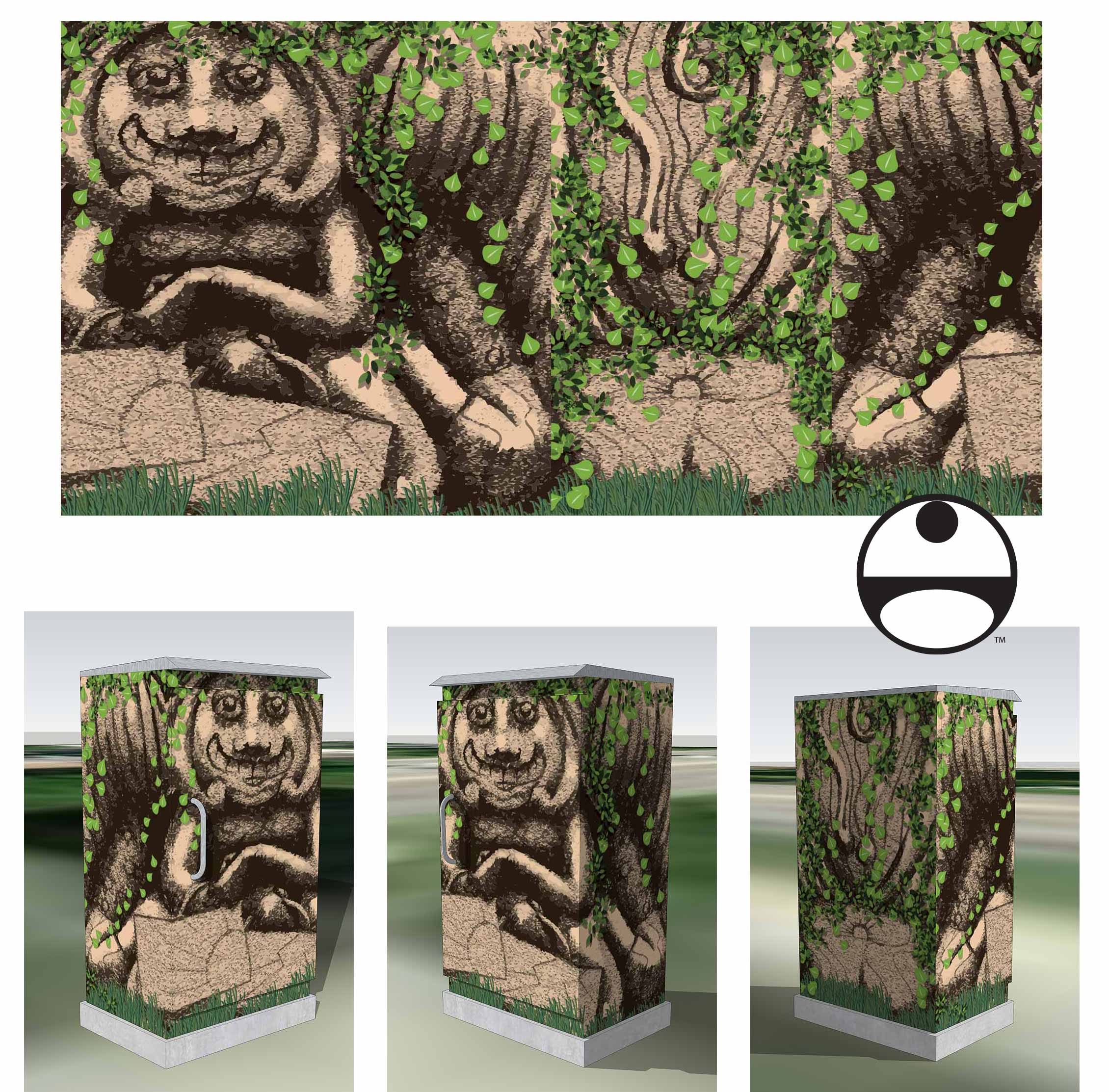 This is a submission I made to a contest to design utility boxes for the City of Sunrise, Florida. I don't like doing contests but I really want to have some public art in Sunrise. I've lived here a long time.
Anyhow....This was one of two concepts I worked up. I didn't get to submit the second but I'll show it here shortly.
This concept was to use Aztec sculptures an inspiration to make a utility box into a faux sculpture. Of course it had to be upbeat and promote commerce. I went through a lot of sketches and mockups to get something that looked kind of natural and had the right balance of Aztec design and optimistic capitalist fervor. I did the sketches by hand and scanned them. I used Photoshop and Illustrator to come up with vector art and then mocked up the finished product using Sketchup.
I don't know when the contest judging ends or anything. I'm not holding my breath. I think they will consider this concept too weird.