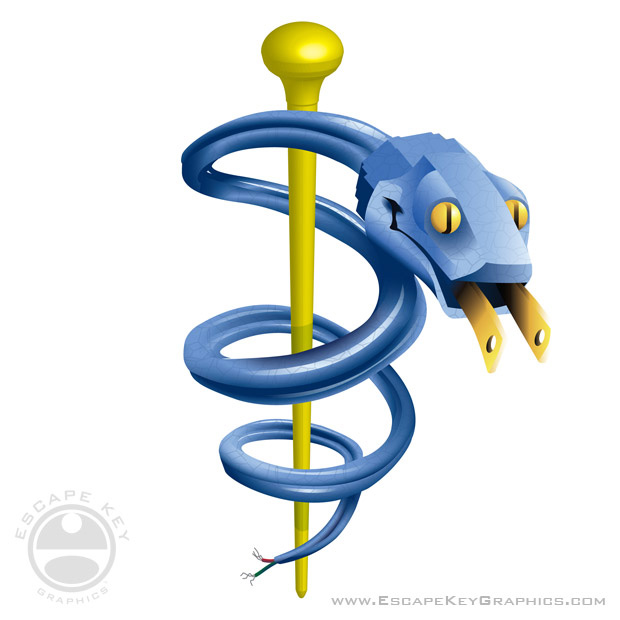 Vector Character Illustration - I was approached by Florida International University requesting a special illustrated Staff Of Asclepius. Instead of the usual snake they wanted a kind of hybrid electrical cord snake with a head that was an electrical plug. Here are some initial sketches... 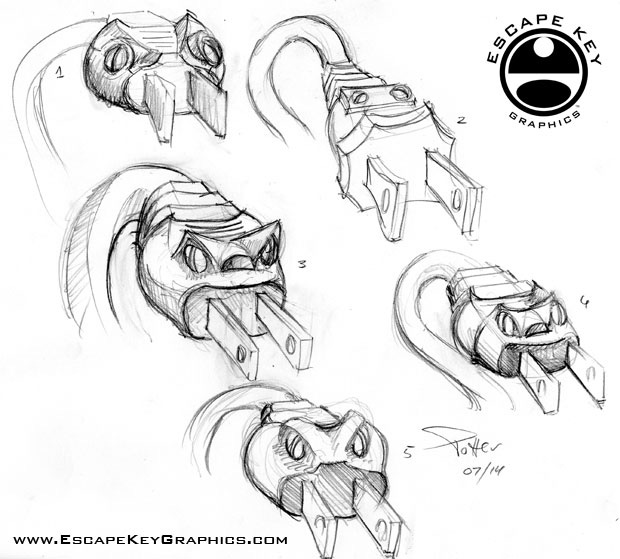 This illustration is used on electrical device charging stations that are kind of like kiosks or lockers. They requested that I used the blue that appears in the FIU logo.

I tried to keep a very geometric shape to the head so that it would reflect the engineered look of a manufactured plug. I added a hint of snake skin to the finished illustration to give the cord a reptilian look.