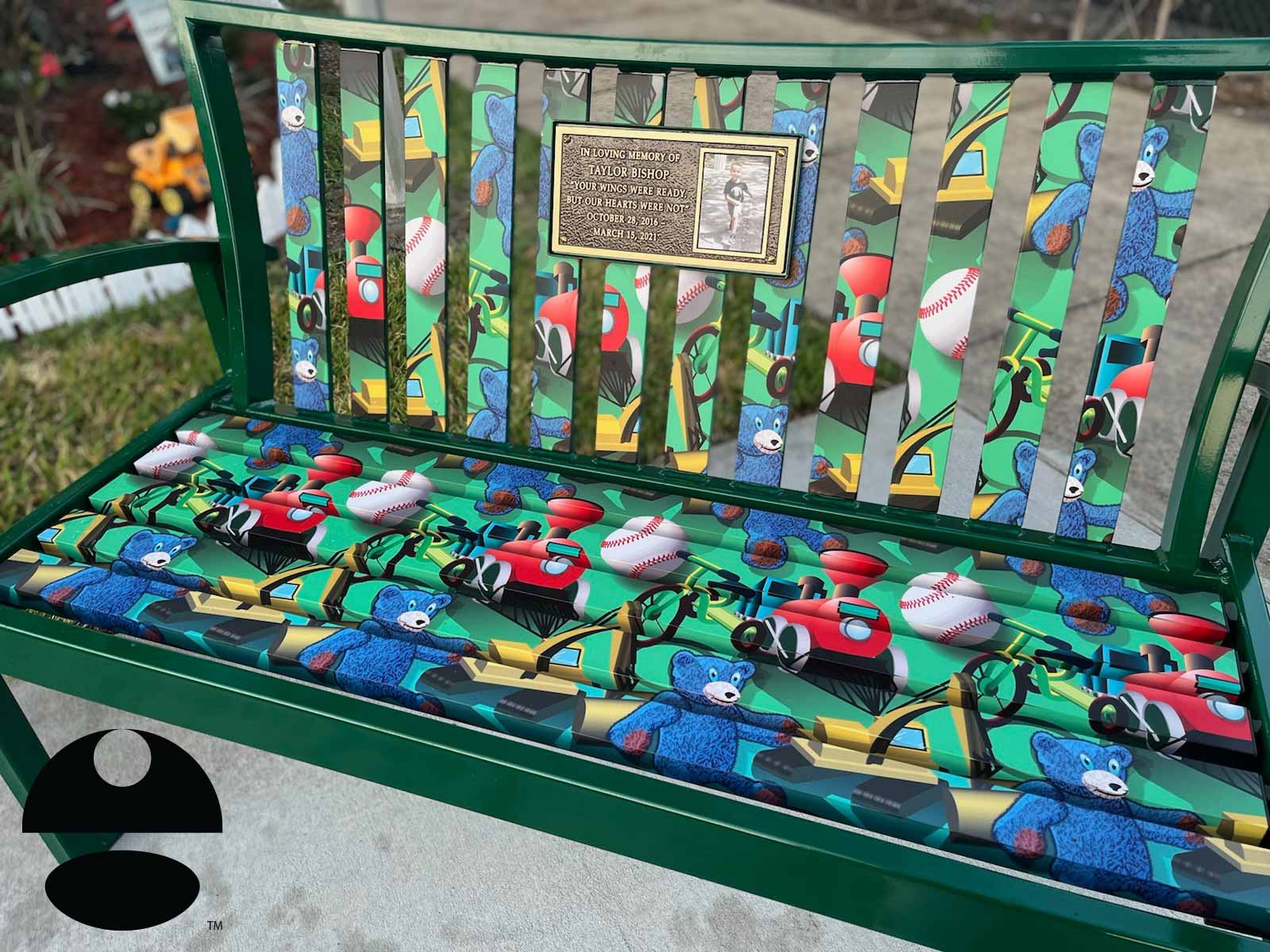 If you live in South Florida you may remember a strange event that took place in March of 2021. A small aircraft in a state of emergency crashed into an SUV in Pembroke Pines, Florida. The two occupants of the plane died as well as one occupant of the SUV, four-year-old Taylor Wade Bishop. Taylor’s mom, Megan Bishop, was driving.

The city wanted a pretty straightforward and literal approach to the illustration and had a list of things that Taylor was a big fan of. I tried to include as many as possible.

I got direction from Kaitlyn Ringwelski of Keystone Ridge Designs as well. Her input was invaluable, and she worked on a very tight timeline.

If you'd like to see the bench it's just south of Paul J Maxwell Park in Pembroke Pines, Florida. 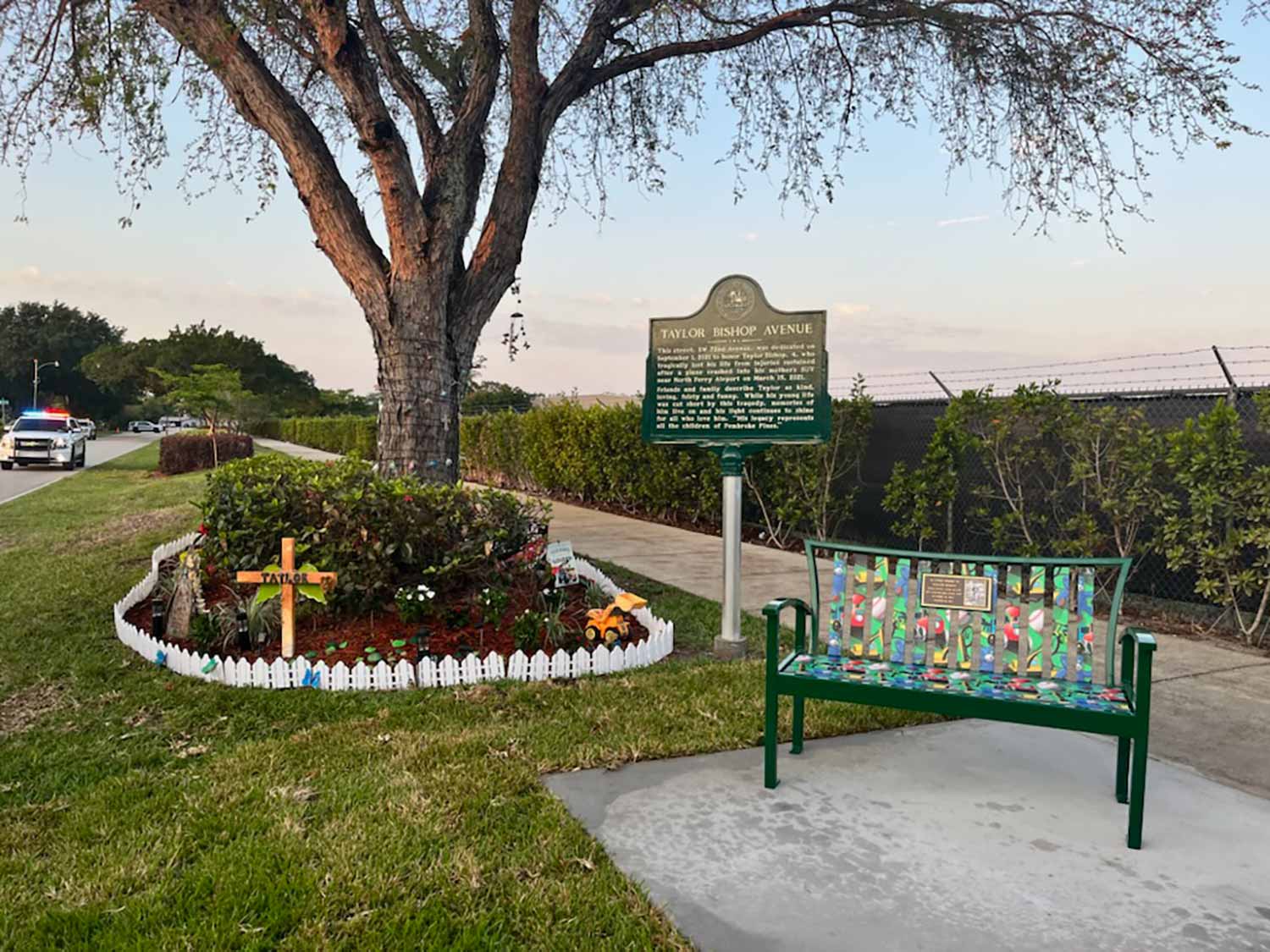 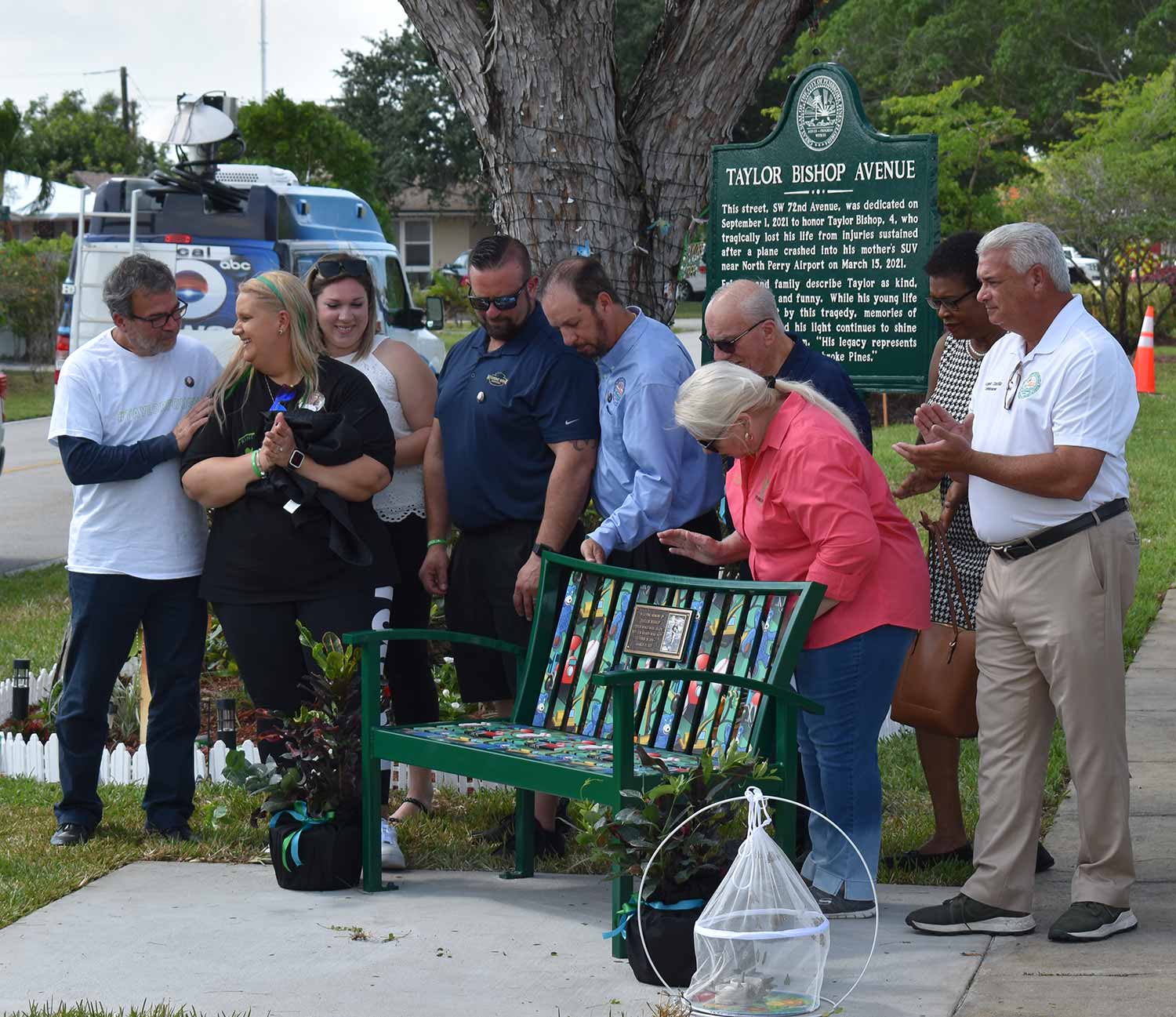 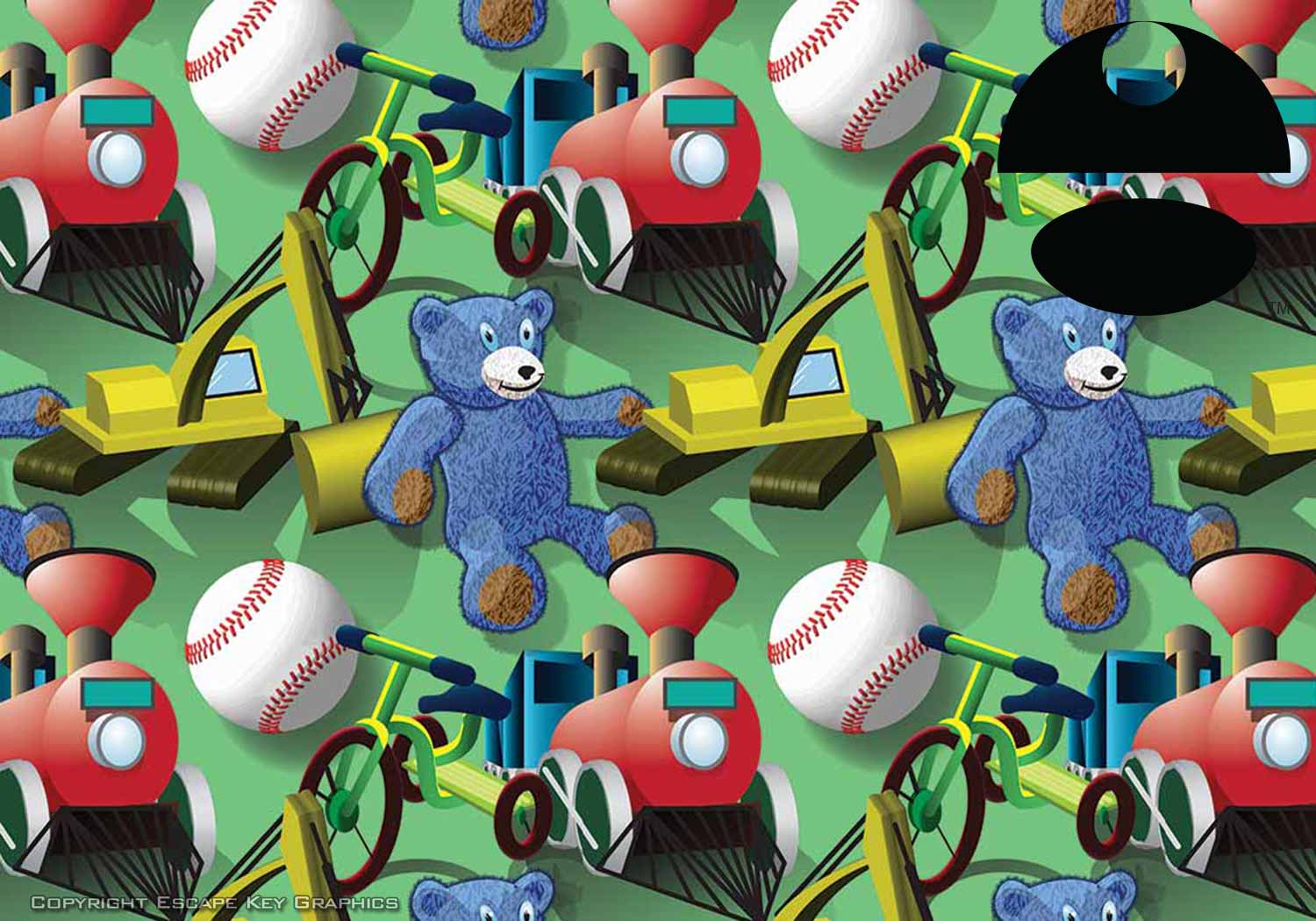