I'm frequently approached by municipalities and other government and private institutions about creating illustrated maps of neighborhoods, towns or cities and larger areas. Each of these types of maps requires a different scale and has it's own strengths and weaknesses. Of course a large neighborhood in a city like Miami can be similar in size to a small town and there are other occasions where these terms (neighborhoods, towns or cities) are not as relevant as the size of the area involved, what is in that area, and what the client wants to show in that area. 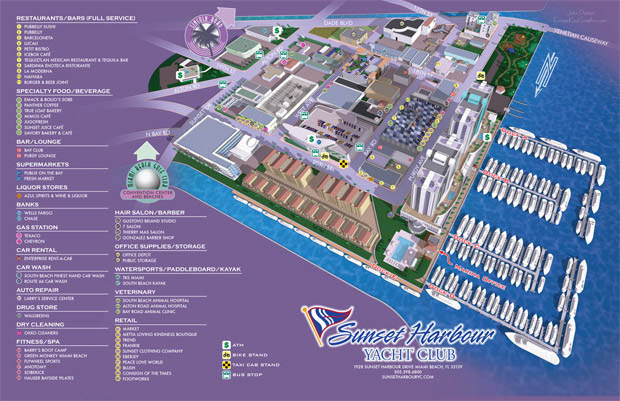 This is a map I created a little while ago of a neighborhood in Miami Beach. As you can see it accommodates a quite a bit of detail. It covers roughly six city blocks plus adjacent areas and in this case is an area roughly .4 by .4 miles. 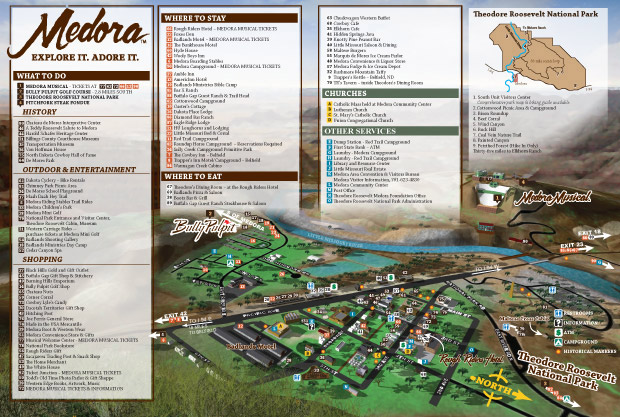 This map of Medora, ND. Medora has a few more blocks than the neighborhood in Miami Beach and is roughly .65 by .65 miles. That's only about 60 percent larger than the neighborhood. Despite the town's small size there are a lot of points of interest and things to do which looks great on an illustrated map. The points of interest in Medora are also distributed pretty evenly throughout the town which also looks great on an illustrated map.

The Medora map is very popular and one many people mention as reference for what they are looking for in a city or town map. What I would like to point out is that Medora is a small town comparable in size to many city neighborhoods and therefore allowed me to put quite a bit of detail into the map at true scale. Another town twice as large and also to scale would have buildings half the size and so forth. It also has some unique characteristics like a lot of very evenly distributed points of interest and it's nestled in a valley that's very visually interesting. None of this means I can't make a great, appealing map for your town if it shares none of those characteristics. It does mean it might require a different approach. 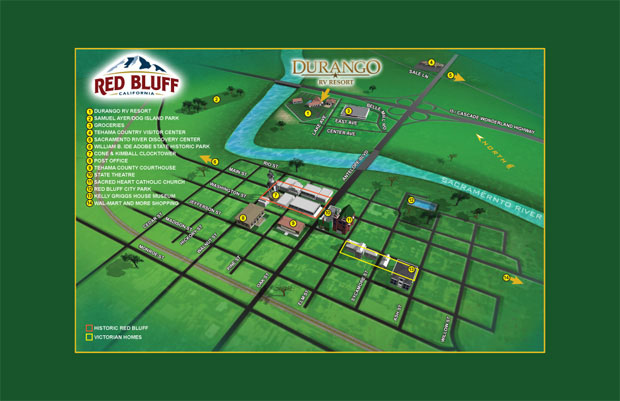 This is a map of Red Bluff, California. The town is roughly twice the size of Medora. I increased the scale of the buildings so they can still be seen clearly, but some existing buildings may have been ignored to make room for the large ones and if the whole map had buildings at this scale the road map would be impossible to see and understand. This isn't a dramatic departure from the techniques used on the Medora map, but you can see that I did have to some things differently. With this map you can find your way around town driving and locate major points of interest and it's done in a fun, entertaining way. 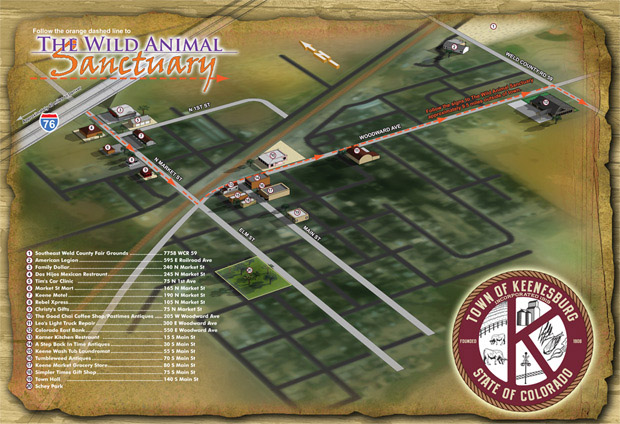 This map of Keenesburg, Colorado is similar in scale and approach to the Red Bluff map and I increased the scale of buildings where I could here as well. The client chose to emphasis some specific roads rather than try to make the map double as a full blown driving map. This map will help you can find your way around the part of town where most of the businesses are and locate major points of interest. It also has a fun, old west theme thing going on.

The scale of the Red Bluff and Keenesburg maps are about the limit to the size of typical rural town I can render with buildings in a style similar to the Medora map. There are exceptions. For instance in an urban environment the scale of buildings can be large enough to offset the overall map scale.

This section of Collins Avenue in Miami Beach is just over a mile long making it quite a bit larger than Medora, but the buildings are so large and distinctive I can illustrate the map to scale and still have it recognizable. Of course twenty plus story buildings are uncommon in rural towns. Even if you have the space to make a small building disproportionately large it usually lacks the visual interest a larger building does. Also of note... These large buildings could easily obscure the view of important roads in a different situation.

I would also like to mention the idea of throwing all concept of scale out the window and just winging it like I did here on this map of South Florida. I don't use the same technique or style as I used in the Medora map when I do this. By using a less literal and sometimes cartoon like approach the lack of literal scale looks more appropriate. It can be harder to revise a map like this since things that aren't to scale may be taking up the space you need in the future. The client and I agreed not to include too many roads. The map serves the purpose of highlighting specific points of interest and provides a rough geographic idea of where they are in an entertaining way. The client and I feel that this map is very successful at reaching this goal, but it did require a set list of points of interest to start out with and a good open channel of communication between myself and my client. 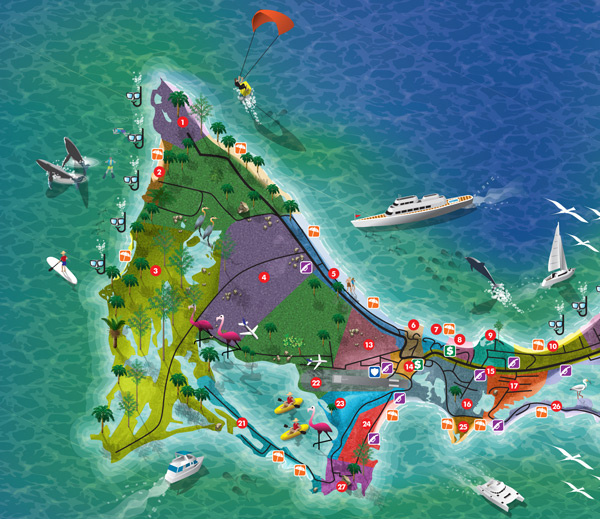 Among other techniques is this one where the map is shown from directly above and the points of interest are rendered with no regard to scale or perspective. This is kind of like drawing on a paper road map.

When you are ready to get serious about an illustrated map of your neighborhood, town, city or region keep in mind that circumstances may dictate a great deal of how the map can be made and that all maps have limitations. I will work with you to find the best solution for your specific needs and circumstances, but the best result may be different than what you or I originally conceived. It could be something much better.