Click on the illustration above to zoom in.
This neighborhood illustrated map shows both a marina and it's basic layout as well as the immediately adjacent neighborhood and businesses. The area is just the right scale to accommodate this type of map. Everything is to scale. I also created a more interactive version for the client which they are using on their website. The same map has also been used as a printed handout and as a sign. This illustrates the mileage you can get out of one well designed and illustrated map. Below is the map as a sign and in the show program as it has been shown at the Palm Beach International Boat Show as well as other shows. 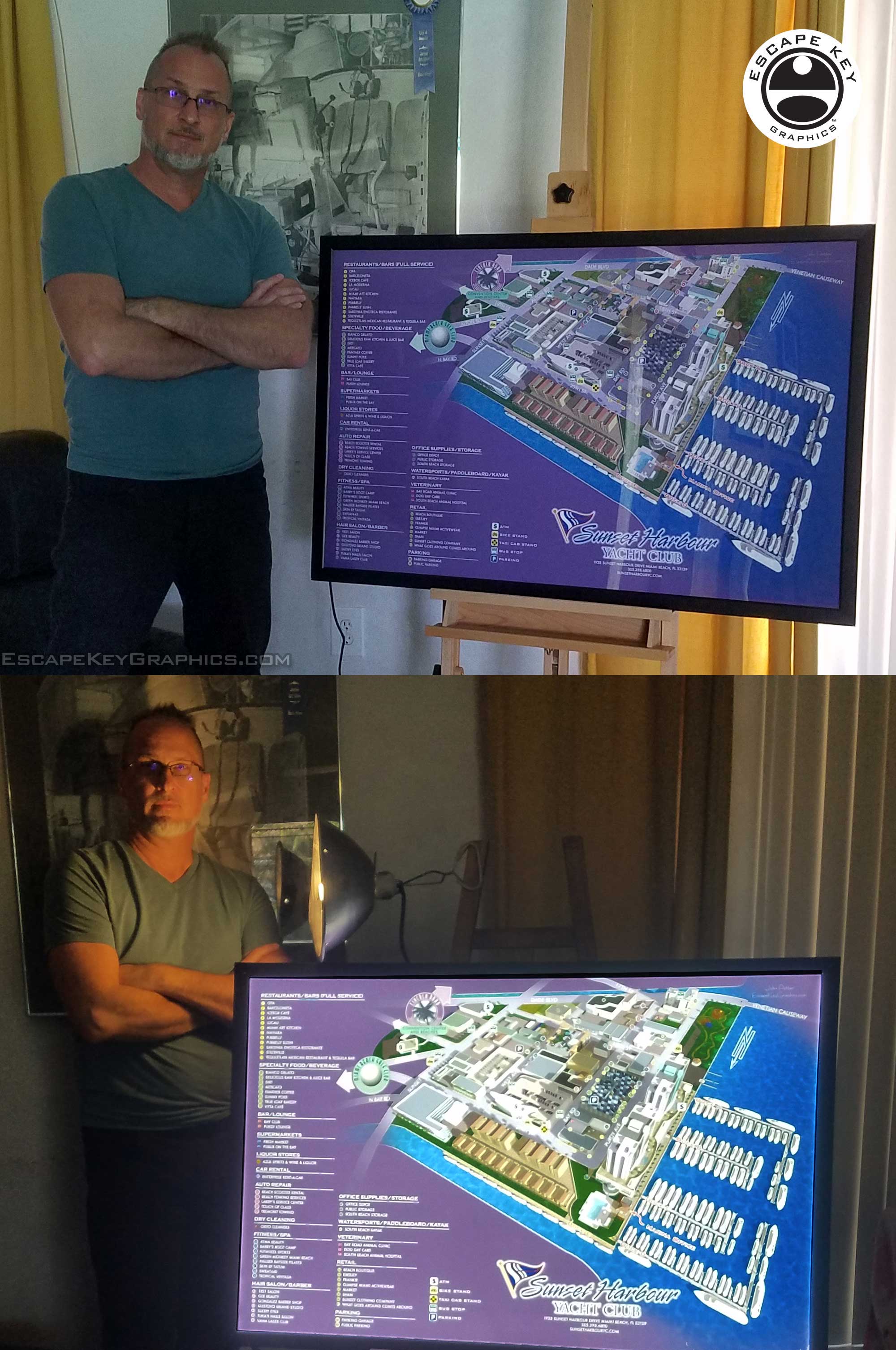 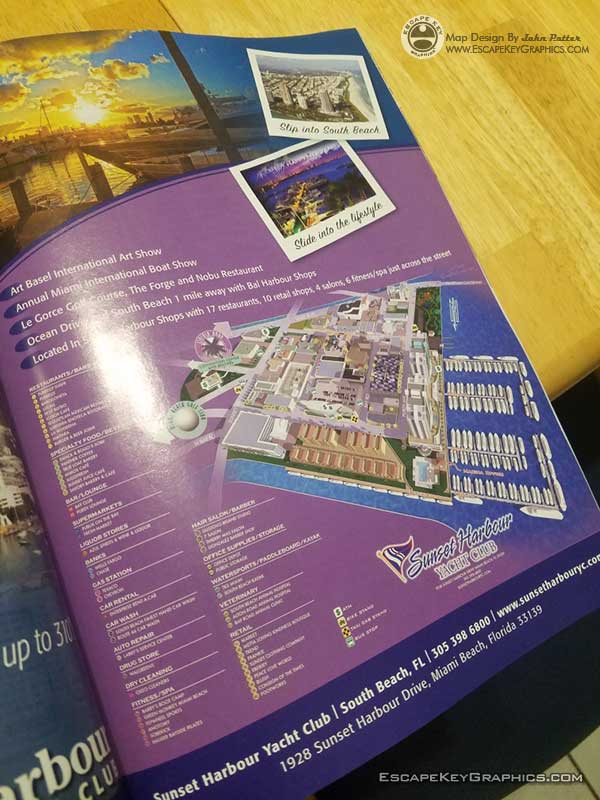 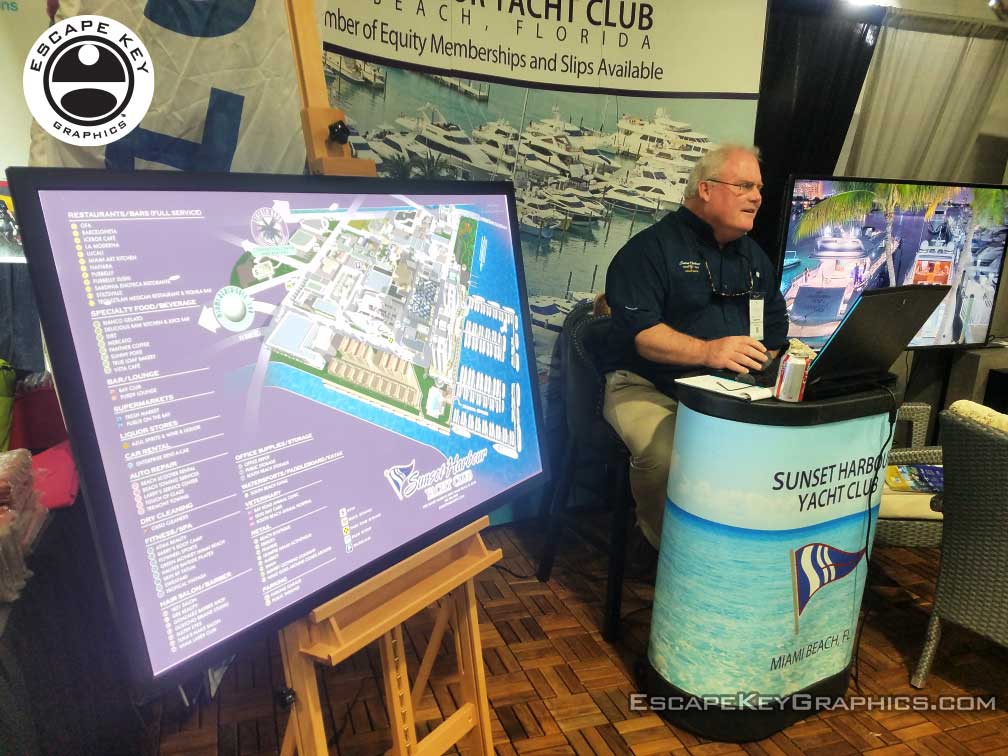