Visitor's illustrated map of a town 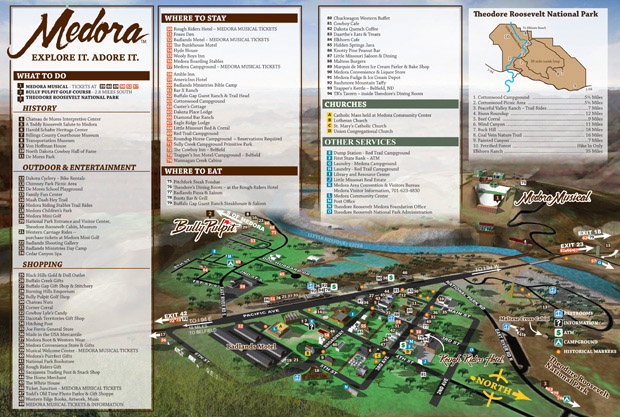