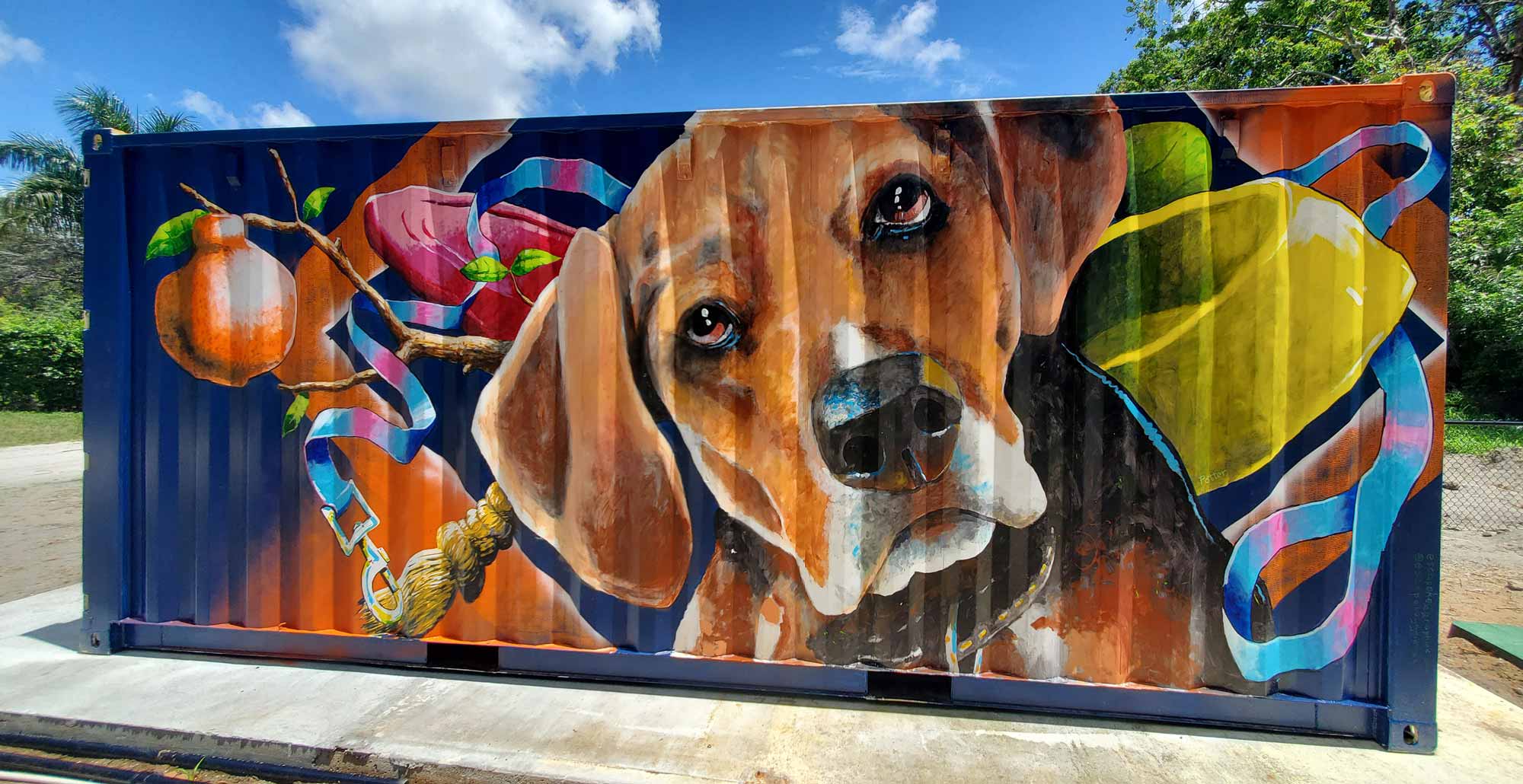 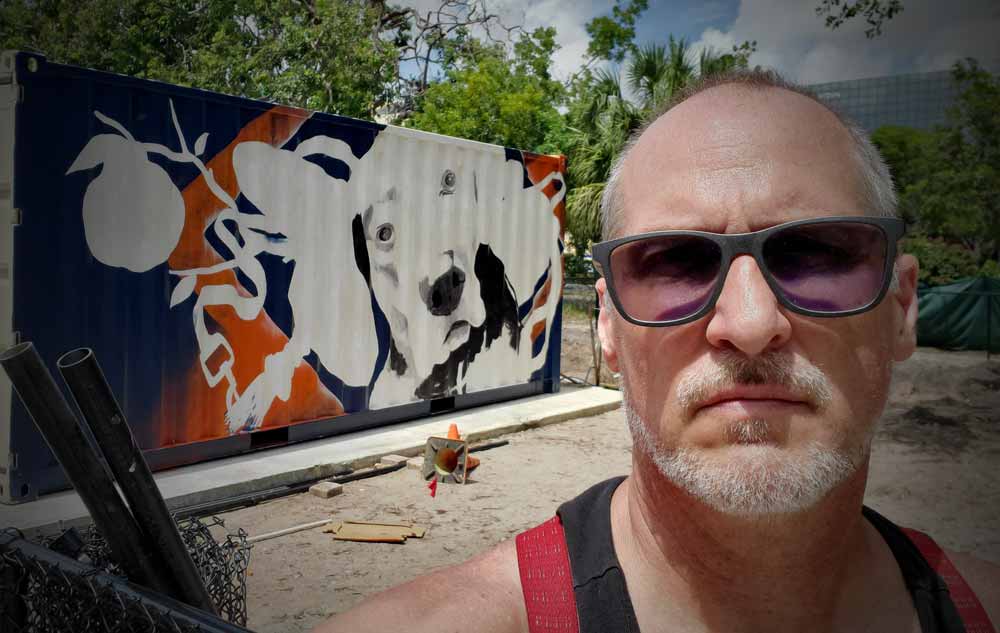 I’ve been working on two murals for Boca Grove Golf and Tennis Club for some time now. They are adding a new dog park and have a shipping container right in the center of it. They wanted some appropriate illustrations on the container for the location. I went a little further than usual and submitted two finished paintings as proposals. The paintings were at roughly one twelfth scale (8”x20”). I used as many true to life materials and methods as possible like the actual spray paint and house paints I planned on using on site. I’m glad I did. The surprises I had were much more easily worked out at the small scale.

After the client approved both proofs and the shipping container arrived, I got to work. I wont go through all of the steps I took but this was the first project I used a paint sprayer on. There was a short learning curve but I really liked it. Most work was done the old fashioned way with a brush. All work was done in acrylic paint and coated with a protective resin coating for both UV and vandalism protection.

The thing I’ll remember most about this project was how physically challenging the project was. I thought I might be exaggerating the heat in my mind so I bought a weather thermometer. Every day the temperature exceeded 120 degrees Fahrenheit in the sun where I was working. All that being said it was well worth it.